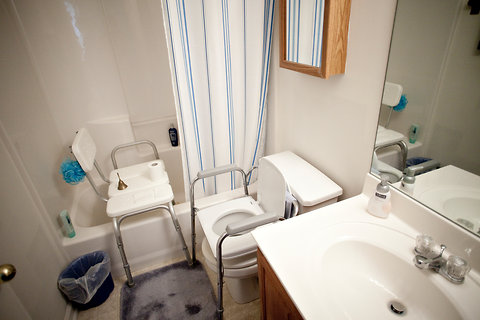 Spring is starting to show through here in our hometown of Las Vegas. We’re in the midst of trade show season and companies from a host of different industries are visiting the city to promote their offerings and vie for future business.

The sales-verse is inhabited by better-educated customers these days, and we have innovations meant to streamline the getting and keeping of business, but trade shows, while somewhat expensive, still present a decent opportunity for showcasing yourself to a vast swath of potential customers. Hotels are booked solid and hosted afterhours get-togethers are packed with peers bonding over open-bar libations. It’s organized chaos; it’s also a lot of fun. And, like the hotels and casinos, you too can see a healthy ROI on your trade show marketing dollars. The difference is, you’ll be working your long game. Here are some tips for ensuring that your money is well-spent, along with practical ways to lay the groundwork for a future return on your investment this trade show season.

Don’t Wing It
“Let’s just show up and work the floor” is the wrong attitude for trade shows. Your booth might be snazzy. The polo shirts emblazoned with your logo might look great on your reps. But being the “cool” booth isn’t enough. Plan and prep for trade shows several months in advance, with your sales and marketing teams collaborating to align goals, set objectives, earmark budget dollars, and put in place any other plans you set in order to have a successful trade show season. Action items on your prep list should include things like nabbing strategically important trade show floor real estate to creating eye-catching collateral to brainstorming fun giveaways that go beyond cheap click pens and magnets to tracking leads and how to assign them.

Map It Out
Put in place a pre- and post-show prospecting plan, using your marketing team’s expertise to create awareness of who you are—among other things, this will help effectively drive foot traffic to your booth during the show. You don’t have to limit your outreach to an email campaign; work it via LinkedIn, Twitter, Facebook and, if you have the luxury of an outbound team, by phone as well. If you cannot get an attendee list before the show, obtain the one from the previous year. There’s a good chance many of last year’s attendees will be there this year.

Keep Things Simple
From booth design to collateral, don’t go to the weird side. Attendees will likely be overstimulated walking through the show, with all the many sights and sounds putting their senses on overload. Be the compelling calm in the eye of the trade show storm.

Identify your target audience and develop a clear, straightforward yet engaging message for them to get their minds around in a relatively short time. It’s like the dying prospector telling where the gold is buried: If he hems and haws, he croaks before getting to the point, and suddenly no one’s interested anymore. Or, compare it to cold calls, during which you only have a few precious seconds to pique a prospect’s interest. Booth hopping is what it’s all about at trade shows, so if you blow your opportunity with a rambling, unclear message, an attendee will be out of there faster than a free fridge magnet drops into a hotel bathroom wastebasket. Both your booth design and your script should tell your story in a concise, compelling way.

Booth Camp
Thoughtfully plan for a booth design that looks good and meets your budget. Booths range from lower-end pop-up fiberglass jobbies to more involved aluminum numbers that take hours of set up. And in certain states, such as here in Nevada, you’re required by law to use union-scale labor if power tools or ladders are needed in setting up the booth. If your booth is too elaborate, you might be cutting into your trade show budget by paying out contractors before things even begin.

Calm Yourself
You don’t want to act like a carnival barker on the midway, heavy handedly ambushing visitors and hovering over them. Expect the foot traffic to come in waves throughout the day. At times you’ll only get a handful of folks at your booth. Don’t pounce. Wait for them to make eye contact before engaging them. Smile and let them browse your booth and collateral, giving them time to acclimate to who you are and what you’re about.

Even before the trade show wraps up, put together your post-show strategy. Attendees will have visited various booths, and they’ll be reached out to afterwards by numerous companies, including your own. If you stood out at the trade show with, say, a memorable giveaway, reference that in your follow-up messaging to prospects—“Hope you’re enjoying your insulated coffee mug/metal water bottle/Amazon gift card.”

Finally, code your trade show leads before inputting them into your CRM. This way, you can track your sales pipeline, separating out booth visitors from other leads to calculate your trade show ROI.

From all of us to all of you, have a happy, healthy trade show season!

ASK Equip is the UK care training provider and a trusted suppliers of community equipment.

We have the experience and tech know-how that enables us to be an ideal partner/supplier to any care provider through our eCommerce website www.shop.askequip.co.uk and our training platform www.training.askequip.co.uk